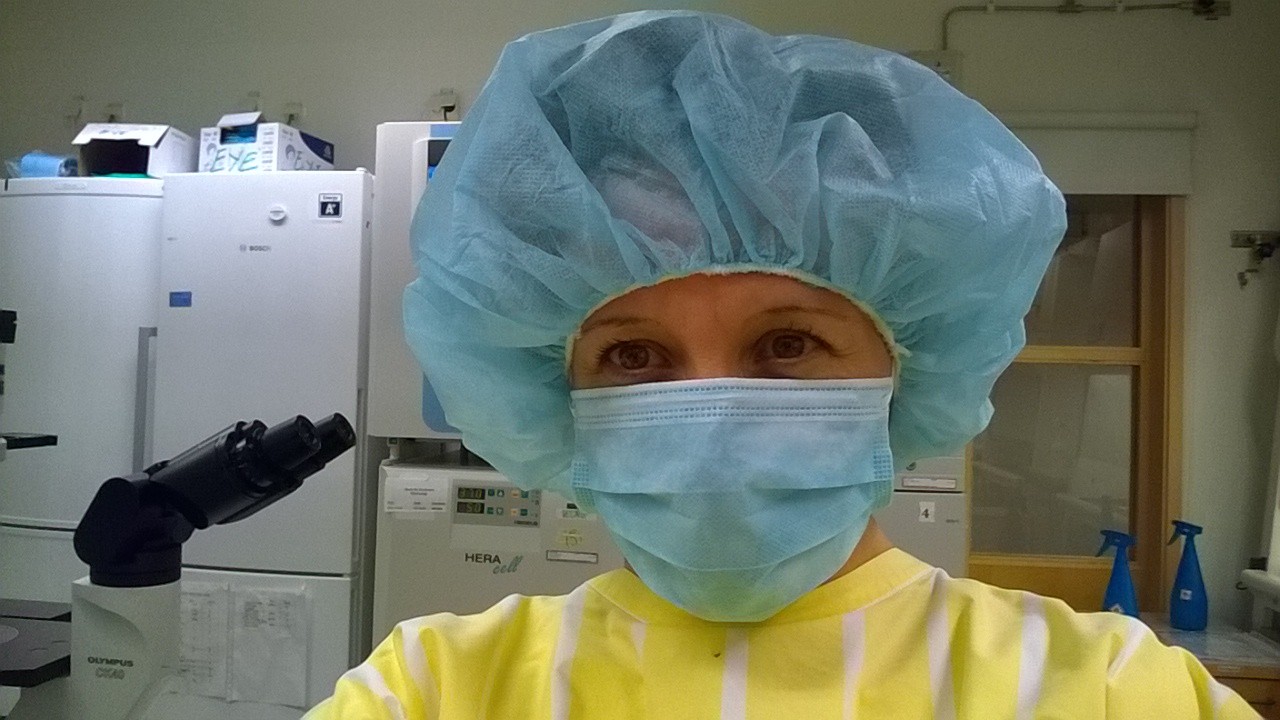 We are continuing our series of interviews with young scientists involved with 6-month experiments granted by MAX4ESSFUN. This time Oxana Klementieva from Lund University is asked to describe her study of protein aggregation in primary neurons isolated from transgenic models of Alzheimer’s and Parkinson’s diseases.

Oxana Klementieva is currently a researcher at Lund University, Sweden. She got her PhD five years ago, in June 2012, and same year, she joined as a postdoctoral fellow the group led by Prof. Isidre Ferrer, a leading neuropathologist in Spain (IDIBEL, Institute of Neuropathology Barcelona, Spain). Thus, she combined her background in molecular biology techniques and biophysics with their expertise in neuropathology. She identified how nanoparticles called dendrimers (potential drug Nano carriers) can influence amyloid aggregation in vitro and in vivo (Klementieva et al., 2011, 2013).

– In Nov. 2013 I joined the group of by Prof. Gunnar Gouras (Wallenberg Neuroscience Center at Lund University), a world leading authority within the field of Alzheimer’s disease as a postdoctoral fellow and continued as associate researcher. Using novel biophysical and biochemical techniques complemented with 3D confocal microscopy we demonstrated outstanding results, recently published in Nature Communication (Klementieva et al., 2017).

– One of the reasons I ended up as a scientist within this field was that I would like to help in finding out the cure which could stop or prevent Alzheimer’s disease.

– Using cell biology methods and synchrotron-based infrared micro-spectroscopy imaging (μFTIR) I studied the secondary structure of proteins in the genic mice brain tissue and cultured neurons at the micro level related to aging and neurodegeneration. Understanding the early molecular changes in Alzheimer’s disease is necessary for the development of effective disease-modifying treatments.

Oxana’s MAX4ESSFUN experiment was a transnational collaboration between Lund University, Aarhus University and MAX IV, bridging medical faculties with synchrotron facility. The main goal of the experiment was to study early endogenous amyloid protein aggregation in primary neurons isolated from transgenic models of neurodegenerative diseases. Using cell biology methods and synchrotron-based infrared micro-spectroscopy imaging (μFTIR) they studied the secondary structure of proteins in the genic mice brain tissue and cultured neurons at the micro level.
– Thanks to synchrotron light, we were able to get completely new insights of the early stages of the Alzheimer’s disease. It is a long-held belief in the scientific community that the beta amyloid plaques appear almost instantaneously. Hence the term ”popcorn plaques”. The infrared spectroscopy images, however, revealed something entirely different. The images tell us that the progression is slower than we thought, it may begin intraneuronaly and that there are steps in the development of Alzheimer’s disease that we know little about. We were focusing on what was happening at this previously unknown phase. The study was published in Nature Communications in March 2017.

– I would like to continue my research on protein aggregation related to ageing and neurodegenerative diseases, and lead professional service activities bridging Medical faculty at the Lund University with MAX IV.