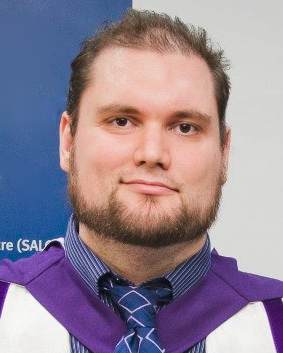 Richards work at the University focuses on the study of multi-particle ionisation processes in atoms and molecules. His work is primarily focused on performing experiments at both the University and at larger synchrotron facilities in Europe and further afield, of which MAX IV is one of the most recent and state of the art. He explains that synchrotrons like MAX IV are a unique source of radiation, since they provide high intensity, very short duration pulses of light across a very broad range of wavelengths. His project with MAX4ESSFUN was to work with the beamline staff at two different end-stations at the MAX IV facility, FLEXPES and FEMTOMAX, in order to create a design for a magnetic bottle electron spectrometer that would be capable of being operated at either station.

Developing future talent in the region

When asked what he thinks about the MAX4ESSFUN program he said that he wholeheartedly approves of any program that affords researchers, particularly younger members of the community who are at an earlier stage in their academic career, an opportunity to perform research and participate in collaborations outside their usual research environment.

“I hence view programs like MAX4ESSFUN as critically important to developing future talent in the region.”, he explains.

Richard explains how young researchers often face years of short-term positions and contracts and hence lifestyle uncertainty, whereas I think giving them a better degree of job security would provide a better environment for them to develop into mature and effective researchers.

“Programs like MAX4ESSFUN are, in this sense, supremely beneficial since they offer young researchers additional routes for both funding and cross-discipline research.”, he adds.

Richard explains how the program has helped expanding his network at the MAX IV facility and has introduced him to a number of people involved in the different areas of research and development at the facility.

“In particular it was nice to be introduced to the workshop staff at MAX IV and see the capabilities for internal fabrication at the facility.”

Interacting with some of the world’s most talented people

When asked what his dream job is he answered “Whilst this might be a cliché, I am honestly already working my dream job! My current position affords me the opportunity to work at the cutting edge of science, both at the lab in Gothenburg and at some world class facilities all around the world. In doing so I have been privileged to interact with some of the most talented and clever people in the world.”