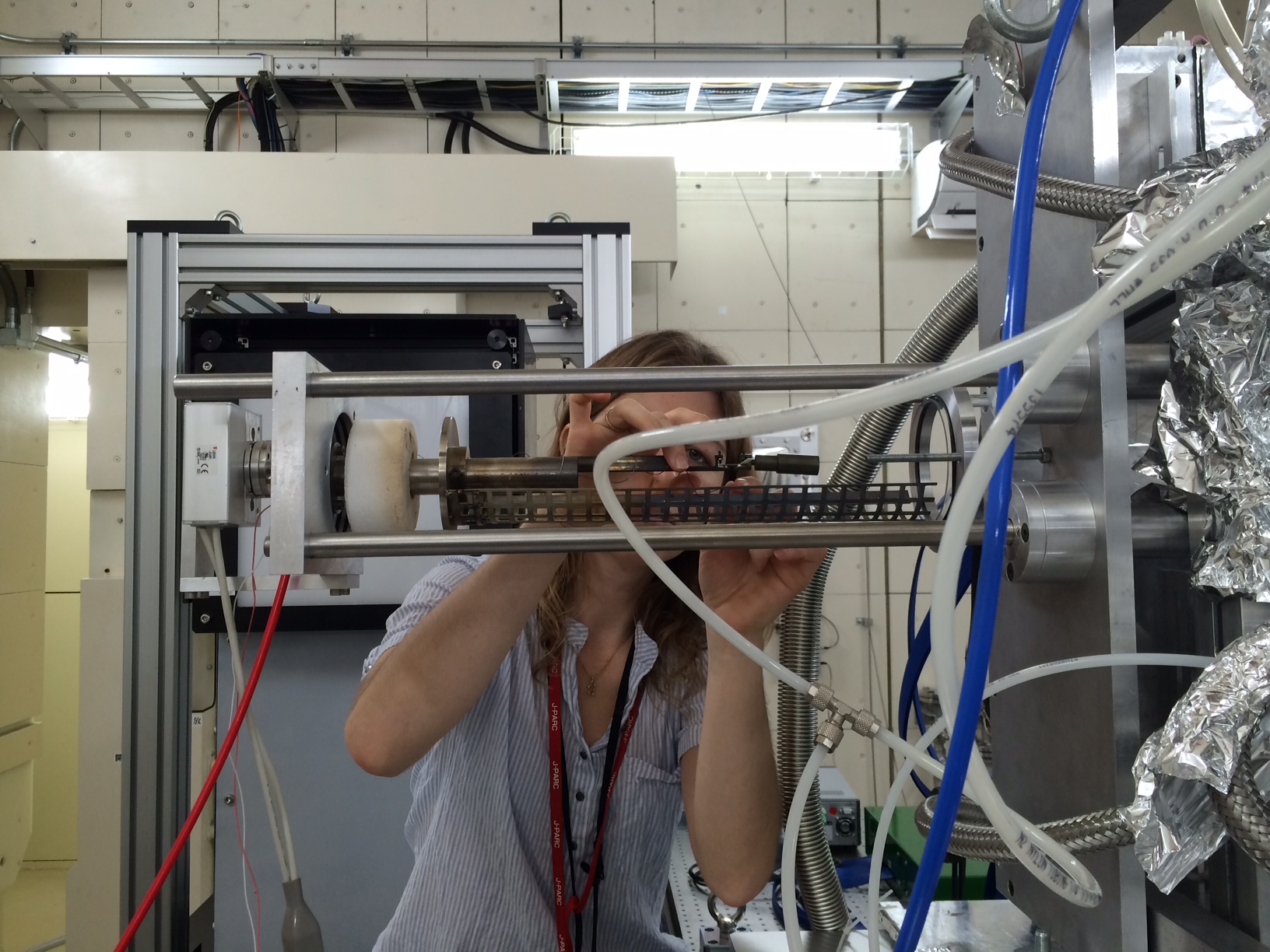 Malgorzata Makowska is currently working as an Instrument Scientist at the neutron facility FRM II, in Garching north of Munich in Germany. Before she started her position at FRM II she conducted an interesting experiment with focus on fuel cells, as a part of MAX4ESSFUN.

In her Interreg-experiment Malgorzata Makowska studied fuel cells at a microstructural level. Fuel cells consists of three layers: an anode, a cathode and an electrolyte. Malgorzata´s experiment was focused on observation of the microstructure changes in nickel based composite used for anodes, aiming to improve their performance and durability. She has investigated influence of stress on the processes, which are crucial for SOFC performance and durability.

– One cell can provide voltage on the order of 1V, which is not sufficient for most of the devices used in everyday life. In reality, SOFC cells are put together into a stack, which provides a useful power. During stack assembly very high load is applied, creating significant stress field in cells. Processes taking place in SOFC anodes under operating conditions and under influence of stress can be visualized using energy resolved neutron imaging.

Malgorzata has conducted several experiments during her PhD studies. As a part of her six month Interreg-project Malgorzata went to the neutron facility J-PARC in Japan, where she performed neutron imaging experiment.

– Such experiment has a long preparation phase, a few days of measurement and then the data analysis part which takes at least a couple of weeks. There are no standard tools available for analysis of data acquired with this technique, therefore I had to write my own computer programs to be able to evaluate and interpret the data recorded during the experiment.

Malgorzata explains that there’s usually a whole team involved in a neutron experiment.

– In Japan our experiment was running 24 hours a day. The samples were exposed to very high temperature, about 800-900 degrees Celsius and special atmospheres, so there had to be people at the beamline all the time to monitor it. After data analysis the results are discussed with other team members as well.

The experiment resulted in more knowledge about the fuel cells, which can help to optimize them, make them more efficient and durable.

– Fuel cells are already used in many areas of everyday life. They can for example be used in big ships, trains and trucks. They are also used in households providing an additional energy source. The improvement of the fuel cells, and thus their popularization will have a positive effect on the environment, as fuel conversion using fuel cells doesn´t lead to production of any greenhouse gasses or toxic substances.

– The experiment was an interdisciplinary project. My group from DTU had the expertise in fuel cells and colleagues from ESS in neutron techniques.

– When I conducted the experiment in Japan I was there as a user. Right now I´m “on the other side” helping other users to perform experiments at neutron instrument Nectar.

In her current work, Malgorzata is still in contact with the group from DTU and ESS. She thinks having a good network as a scientist is very important. Her contract with the FRM II runs for three years. After that she would like to continue working within the same research field.

– A possibility would be to work at the ESS in the future.